Unknown 1-TonsOccasionally, photographs or information appears about a 1-Ton, but without any specific information. I have listed some of the vehicles and any known details here.

If you have any information relating to any of these vehicles, or any others I am not aware of, please feel free to contact me.

The vehicle below appears to be ex-Southern Electricity Board IIA 1-Ton fitted with some sort of HIAB-type crane. The jack legs appear to be from a Simon cherrypicker unit. 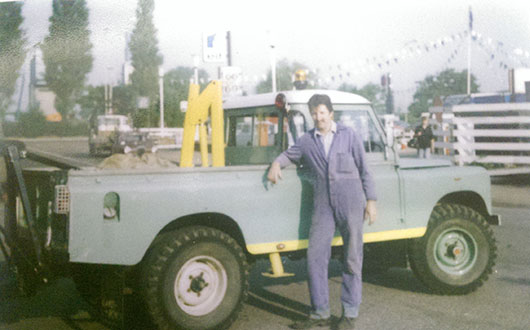 Circa 1970 the Automobile Association had a kneeling car transporter built using the cab and running gear of a IIA 1-Ton. The registration and chassis numbers are not known, however research by Peter Galilee suggests the vehicle does still exist, in a somewhat dilapidated state. These photos from the AA show the registration was EGF651J. 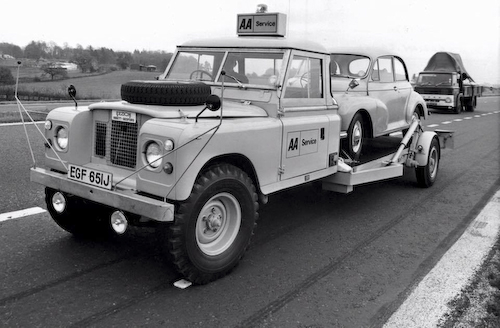 These IIA 1-Tons were used by East Midlands Electricity Board in the 1970s. The registration numbers were BNV745K and BNV746K. 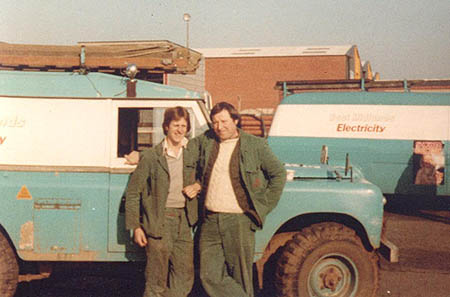 This vehicle appears to be a IIA 1-Ton used by Southern Electricity as a cherry picker. Does anyone know anything more? 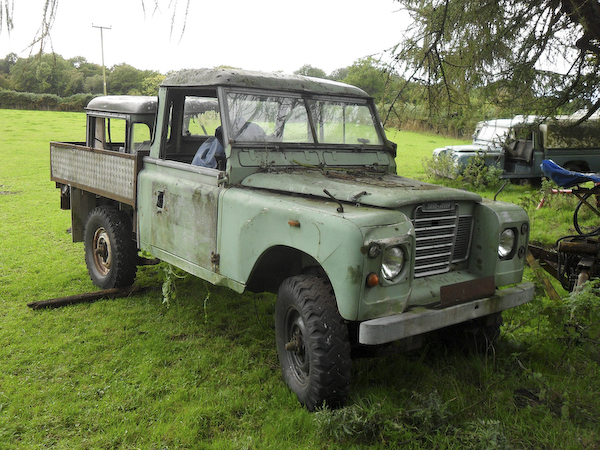 This photograph appeared recently in use by Land-Rover themselves and appears to show a Deep Bronze Green left hand drive IIA 1-Ton truck cab. The extended spring hangers and 900×16 tyres are obvious. However, no record exists of the factory using such vehicle, so where is the photo from? 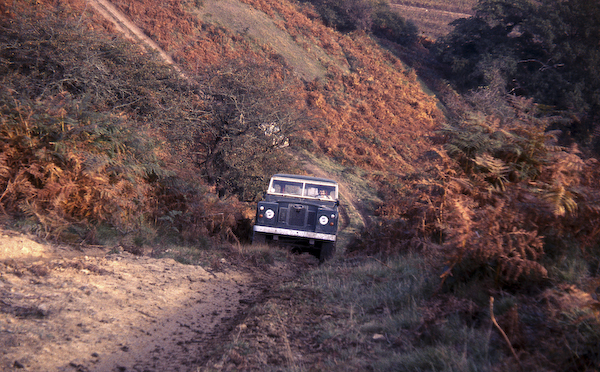 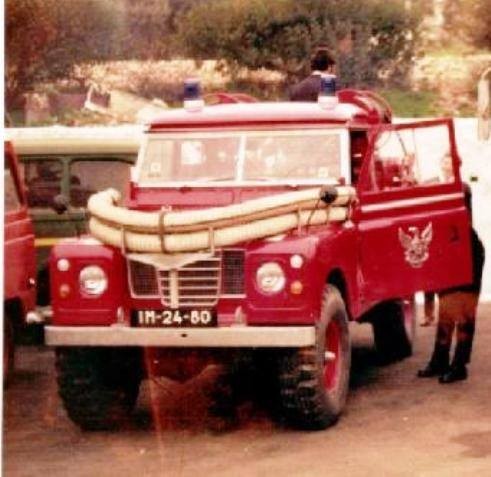 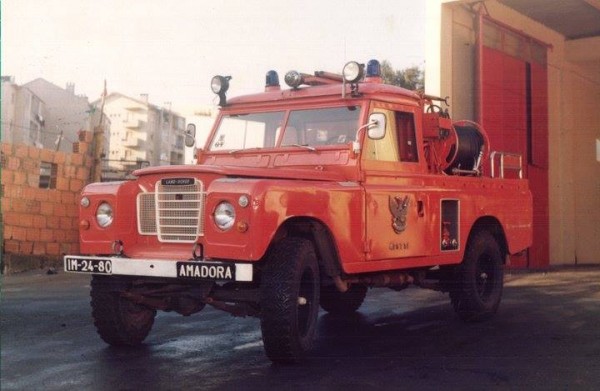 This Series III was used by Kennings at Welsh Harp. Its identity is unknown as breakdown trucks at this time ran on trade plates. 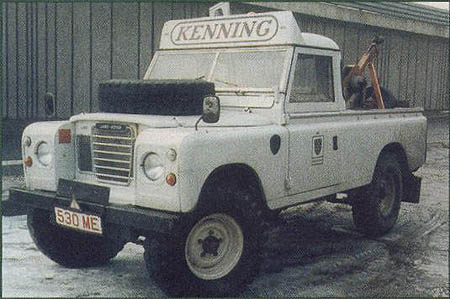 These two 1-Ton series IIIs are both ex-Southern Electricity Board and were used for overland travelling in the 1980s. Their subsquent fate is unknown. They were registered as WJT373M and WJT378M. 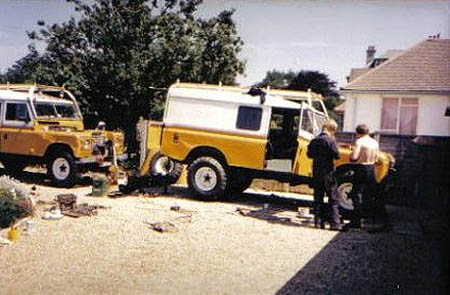 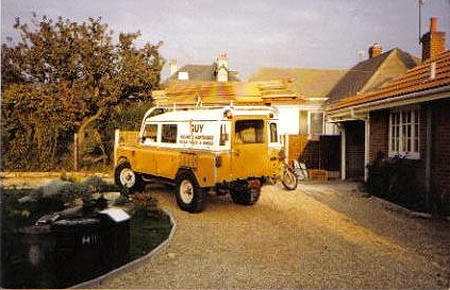 STK801L appears to be ex-Southern electricity board. It is no longer on the road, but was obviously much cherished. A V8 was fitted and both front and rear winches. 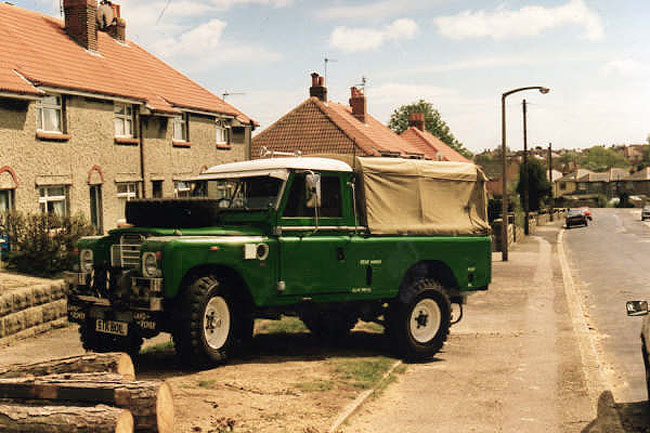 SPD604L also appears to be ex-southern electric. Other photos show the vehicle was light green originally, and was rebuilt at Dunsfold with a 2.25 diesel engine. It was apparently rolled and scrapped many years ago. It had an SEB-modified side opening tailgate and retained the hydraulic winch. 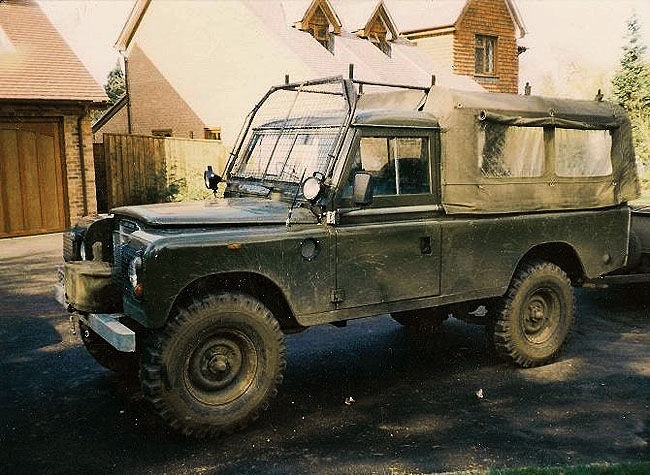 ONV231M is a sister vehicle to 26600140B and was used at EMEB Northampton. Its current wherabouts are unknown. It was presumably one of the five vehicles in marine blue dispatched to Northampton presumably for EMEB. This comprised chassis numbers 26600140B to 144B. 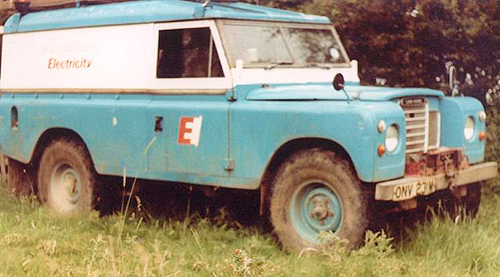 HOW221N is obviously ex-southern electricity, but has lost its winch and been fitted with a truck cab and 3/4 tilt. It was last seen in Ireland. 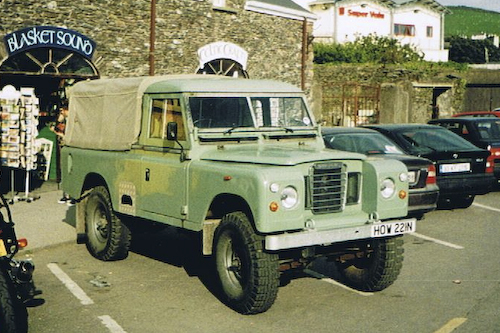 The photograph below shows the same vehicle in a slightly earlier incarnation, still fitted with the hard top. The photo was apparently taken at a steam rally. 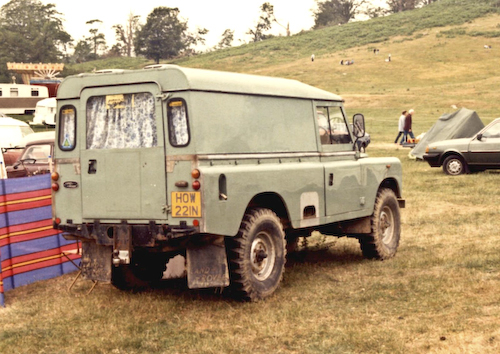 OBL328M (possibly OBL329M which is still on the DVLA website) was fitted with a Spencer HM28 cherrypicker platform and used by Southern Electricity Board at Oxford for liveline work in the 1970s. 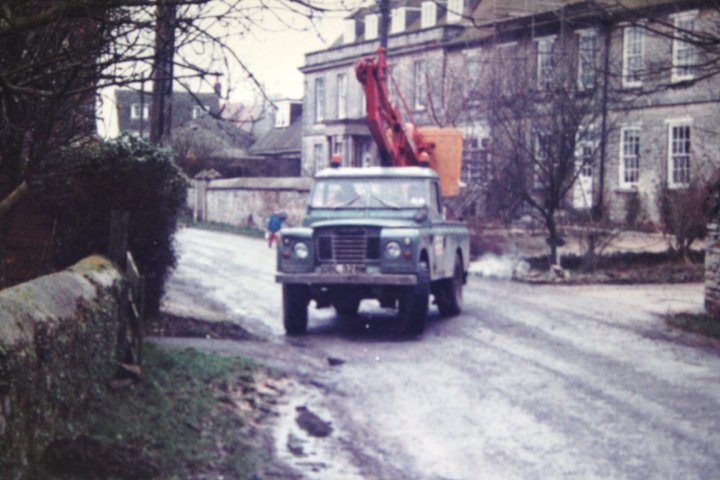 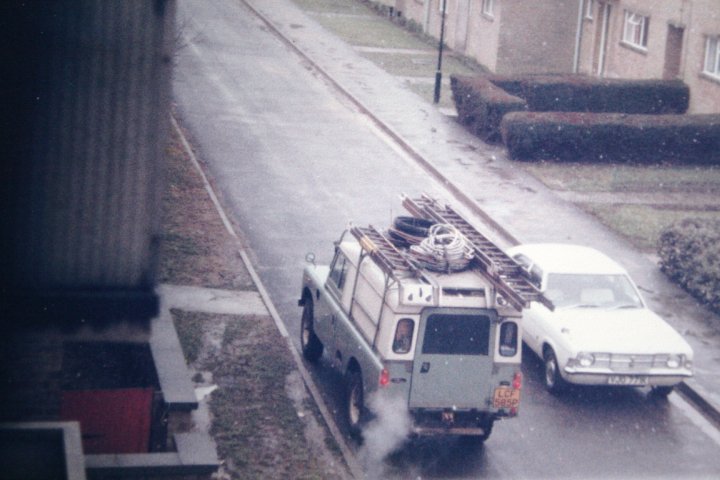 LJH416P appears to be an identical vehicle to LCF585P which was used in the Melksham area. 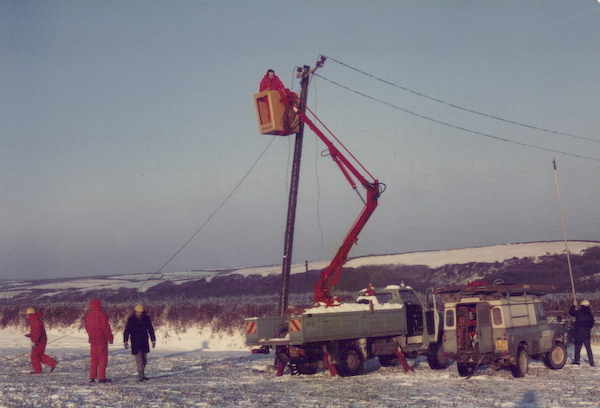 This series III 1-Ton was converted by HCB-Angus for Essex Fire Brigade. I suspect the chassis number was one of three, 26700048, 49 or 50, based on the buid records. Does anyone know the registration number? 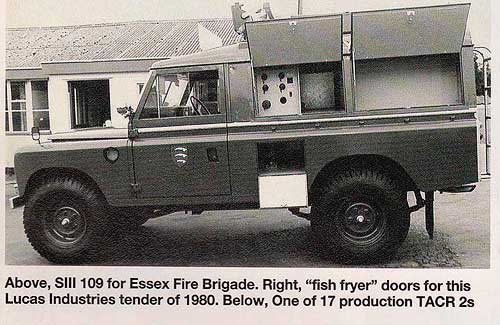 LWC621P and 622P seem to be part of the same batch of vehicles. The Salisbury front axle is clear to see, as is the six cylinder pattern exhaust. This vehicle does have drop shackle suspension and deep wheelrims, but looks to be on 7.50X16 tyres. 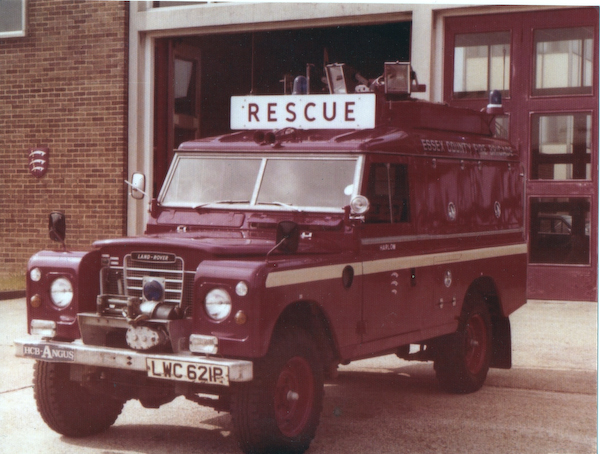 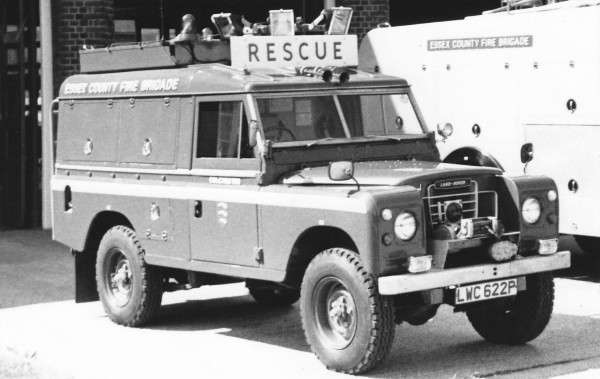 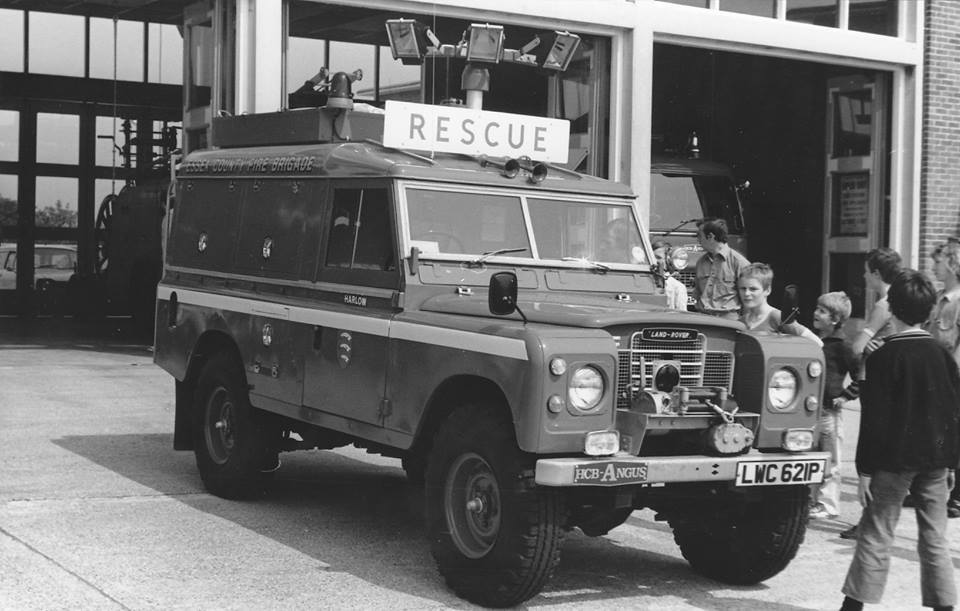 It was suggested that these vehicles were eventually exported to Ireland, these photos would seem to prove that assumption. 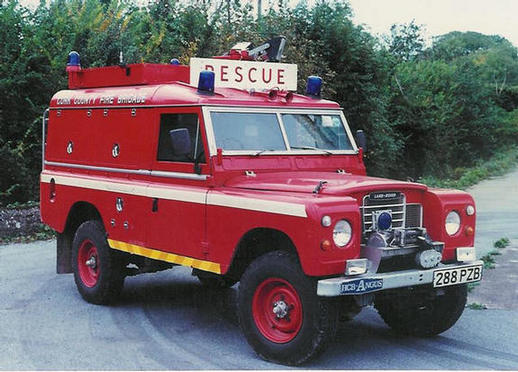 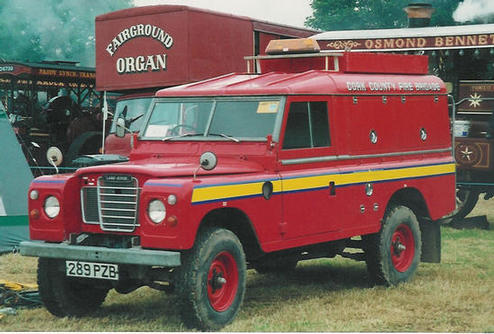 SWX278L was one of a batch of rescue tenders built by Pyrene on RHD export 1-Ton chassis for West Riding Fire Brigade. All seem to have had 750×16 tyres, “normal” spare wheel mounts on the bonnet, and hydraulic winches. This one is also equipped with snow plough fittings. All of these vehicles had MAP freewheeling front hub and front and rear mudflaps.

Photo and information via R.Maude. 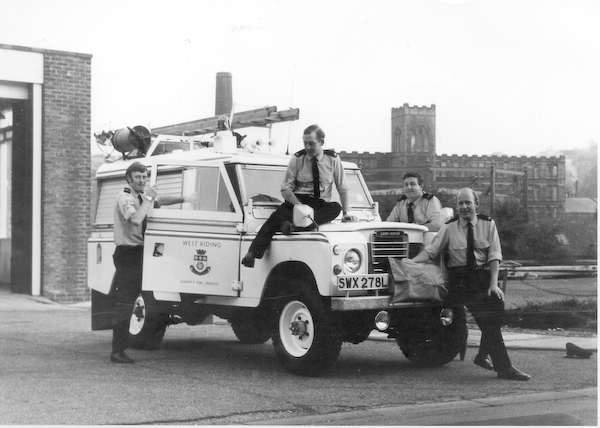 The photo above shows the vehicle when newly delivered. 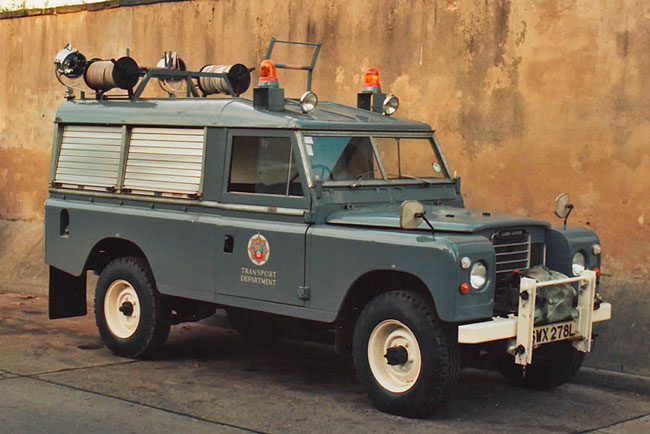 SWX281L is another from the same batch, which was used in the Bridlington area. 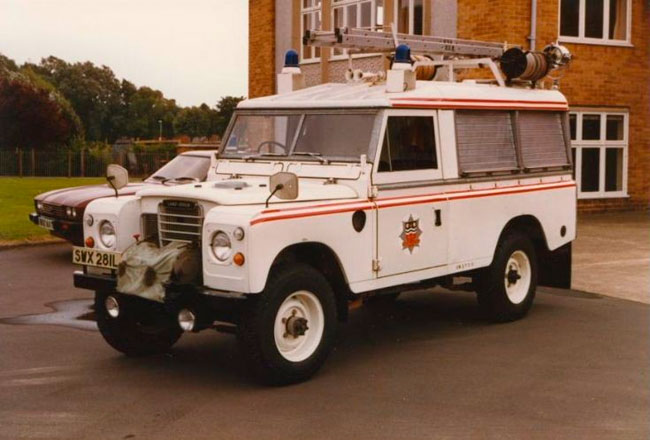 SWX286L joined Goathland Volunteer Fire Service (e.g. Heartbeat Country) in 1981 and was replaced in 1994. SWX 286L was converted to an L4P by North Yorkshire Fire Brigade HQ in Northallerton. Prior to this, it was used as a Rescue Tender based at Skipton.

Photo and information via R. Maude. 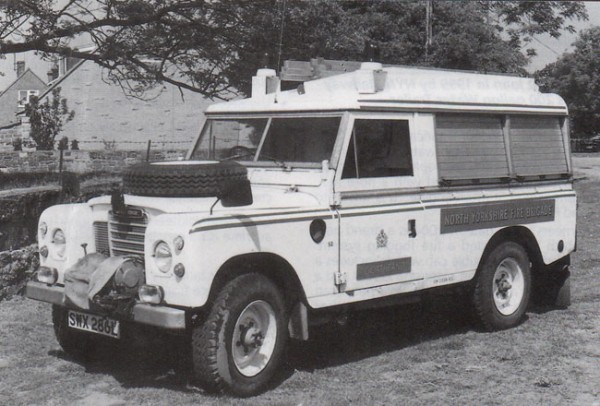